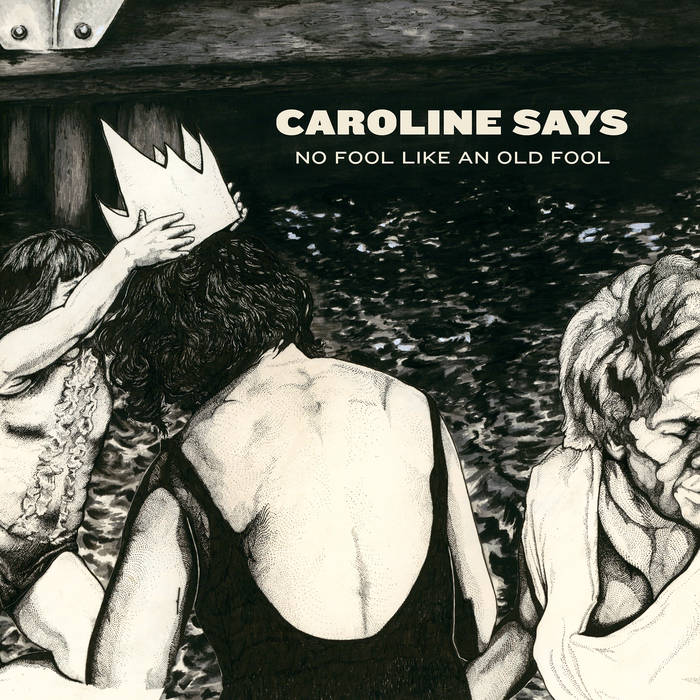 nope a phenomenal album from start to end. her voice, strings and words are able to capture a certain kind of matured reflection that's rare to find Favorite track: Sweet Home Alabama.

flintpaper577 Mea Culpa might be my favourite song to just drift away to. Favorite track: Mea Culpa.

No Fool Like An Old Fool is the sophomore LP from Austin via Alabama musician, Caroline Sallee, aka Caroline Says. Moving beyond the surf-folk foundations of her debut, on No Fool... Sallee loosens her earthly tether, allowing her songs to float to ever higher altitudes on clouds of loops, immaculate melodies, and hypnotic harmonies, as she sings about aging, the daily grind, and hometown stymie. Moving to Austin in 2013 gave her a new perspective on her hometown of Huntsville, Alabama, which informed the overall vibe of the album. “I think leaving my fairly small hometown and then going back to visit it inspired the feeling I went for on this album. I observed that so many people I knew were content doing basically nothing. Or that they were scared to try to do anything or leave town, like they felt stuck there.”

The first few notes of the Daniel Rossen-esque opener “First Song” dutifully establish the surreal and slightly tragic tone of longing maintained throughout the album. The curiously upturning melodies ride out on a rich ambient texture before “Sweet Home Alabama” cuts the fog with a crackling 60's soul loop that's charming and catchy enough to induce a cathartic laugh from the listener. The brightness fades with the frosty and propulsive “A Good Thief Steals Clean,” which features lyrics inspired by the 1971 film Panic in Needle Park, and the idea of being in love with a heroin addict. “I tend to write from the perspectives of characters in dark situations, even though my songs may sound bright,” Sallee notes of her alluring juxtaposition of sunny production and grim lyrics. She employs this dynamic again on “Rip Off,” a frenetically percussive song with lyrics inspired by an NPR story about a young Iraqi man who was killed in an ISIS bombing just before moving to NYC to become a professional dancer. Inspired by Terrence Malick's Badlands and Bruce Springsteen's "Nebraska," the song “Black Hole" features multi-voice harmonies sung from the perspective of 50's spree killer Charles Starkweather.

Finding time to record while working three jobs was no easy task, and her living situation didn't make it any easier. Sallee explains "I lived in a disgusting mildewed basement apartment that was like living in a gross cave. My landlords were a crazy old couple that lived above me, and it was like living inside of a drum. I could hear their footsteps, and their dog’s footsteps, and a lot of the time it just sounded like they were throwing things on their floor. It was so hard to find a perfectly quiet time to record. I recorded all my loud stuff (amped guitar, drums) during the day, and had to do quieter stuff like vocals late at night." The hurdles she navigated to record naturally led to ad hoc recording techniques, and endless sonic experimentation, often leading to her use of the computer as an instrument. She remarks “I did a lot of recording in a state of exhaustion from working so much. I was so worn down that these songs were able to just come through.” No Fool Like An Old Fool is a fine soundtrack for this kind of liminal state, honest in its weariness, glad to be done with the day, carrying itself into tomorrow with a bleary-eyed sense of wonder and hope for the future. A tireless worker, and a wellspring of creativity, whatever Caroline Says, we will be listening.

Bandcamp Daily  your guide to the world of Bandcamp

Featuring interviews with the mighty Hiatus Kaiyote and genre-busting L'Rain.